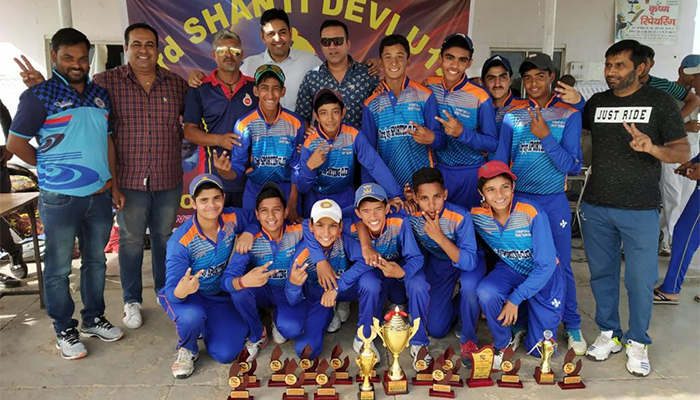 A roar of success is rising as our Bhavanites are excelling in sports, particularly in cricket. Thrashing the competition and dilapidating the opponents with their skills, they are practically inevitable.

In the recent 3rd Shanti Devi Under-18 Tournament our school participated along with 7 other teams. Bal Bhavan played a total of 5 matches and won all of them graciously. After beating all the counterparts it was time for the FINALS which was against Supporting Cricket Club. The venue for this match was D-FORCE TOWN.

BBIS won the toss and opted to bat first and put up a colossal score of 310. After the first innings, it was time for the opponents to take over the crease, but their batting line-up crippled in front of our proficient bowlers, and enjoyed an easy win after sending all the batsmen towards pavilion at 175.

Our celebrated Batsmen were-

Our dominant Bowler was-

Man of the Match as well as Man of the Series was presented to Aryan Sharma.

The best bowler in the whole tournament was Sampurn Tripathi.