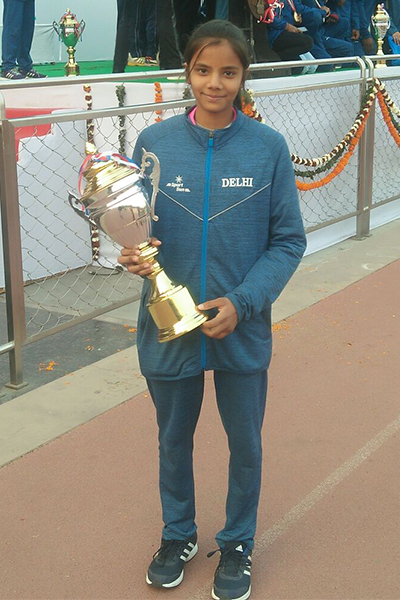 “Champions are made from something they have deep inside them-A desire, A dream and a vision.”Sports competitions inculcate the spirit of positive challenges   & sportsmanship among the students and prepare them for the life ahead. A glimpse of EXTRAORDINAIRE’

A wrestler in making who fights his competitors in, U-14 below 36 weight category, bagged 2nd position in Zonal Boxing Championship and moved on to get 3rd position in Inter Zonals.  He got 3rd position in Delhi State and also participated in Mini India Wrestling Camp, held at Chhatrasal Stadium.